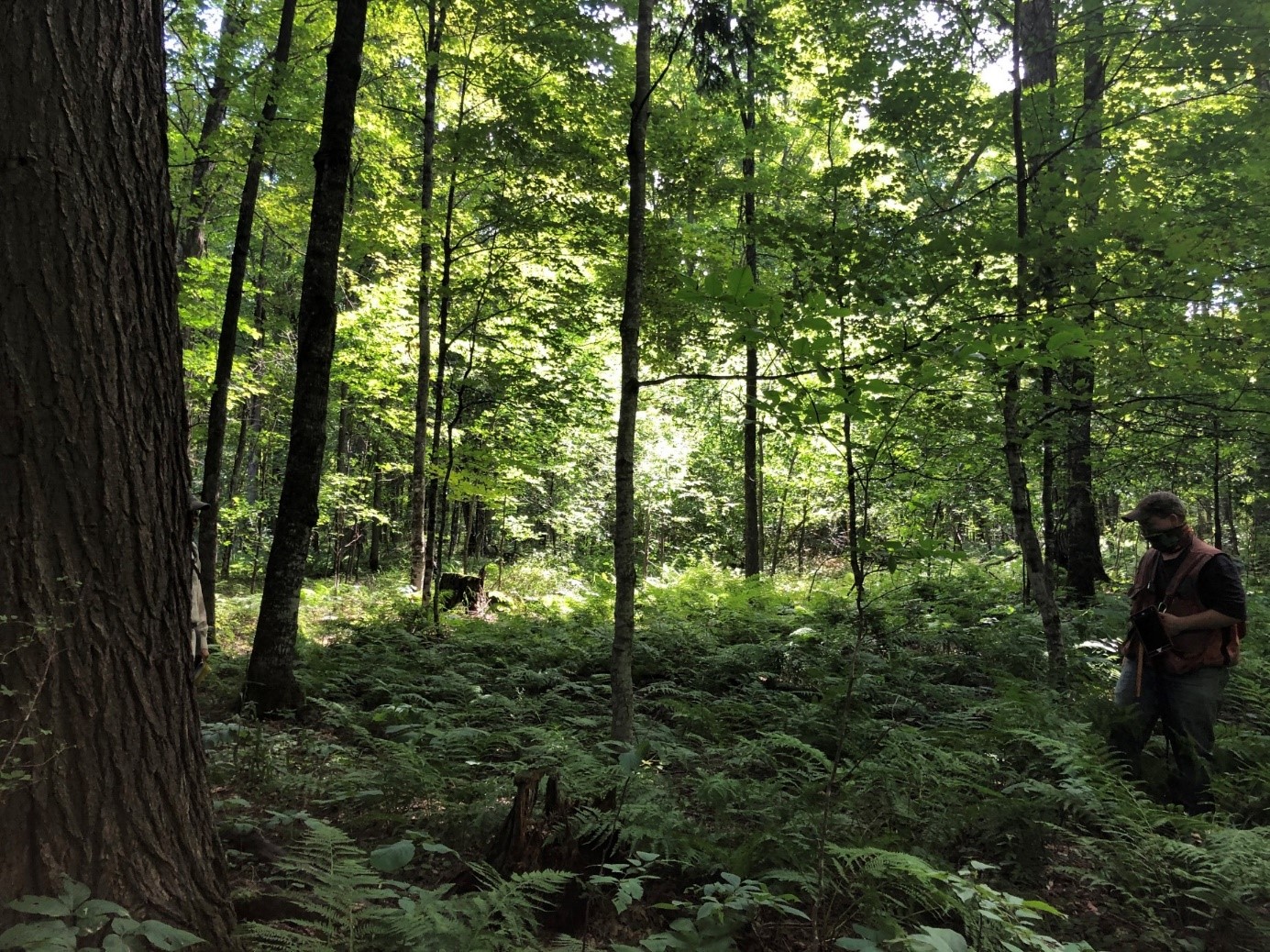 The Pine Popple DREAM research site is located within the Wild Rivers Legacy Forest in northeastern Wisconsin and is managed by the Wisconsin Department of Natural Resources.  The 66 hectare/162 acre experimental site is characterized as a northern hardwood forest with silt loam soils and an overstory dominated by sugar maple (Acer saccharum). The stand was likely degraded by management legacies, white-tailed deer overbrowsing, and earthworms. These various legacies challenge sustainable management and, thus, offer an opportunity to test whether assisted migration may be a viable option to improve stand value and diversity.

The experiment is a partnership between the USDA Forest Service Northern Research Station, Wisconsin Department of Natural Resources, and Michigan State University and has a core mission of testing a range of climate-smart silvicultural strategies for ten economically and ecologically important species in an assisted migration context.

The research site could experience mean annual temperature and precipitation increases as much as 6 – 11° F and 3” by end of century, respectively. We developed climate analog models of the research site to locate seed sources potentially adapted to these emerging climatic conditions. Climate analogs are locations that exist today that resemble the projected climate of another location – in this case our northern hardwood study site. Our models identified southern Wisconsin as a candidate location for mid-century seed collection and northern Indiana and northwestern Ohio for end-century collection of targeted species.

Our study site includes four replicate, 3.25 ha/8 acre blocks (Figure 1). Half of each block will be randomly assigned to either clearcut or uniform shelterwood. Additionally, half of each overstory cutting treatment will be fenced to exclude browsers and the other half left as an unfenced control.  Further, an understory management (brushcut or control) will be randomly assigned within half of each fence and control portion.  Treatment replication will be in four blocks. 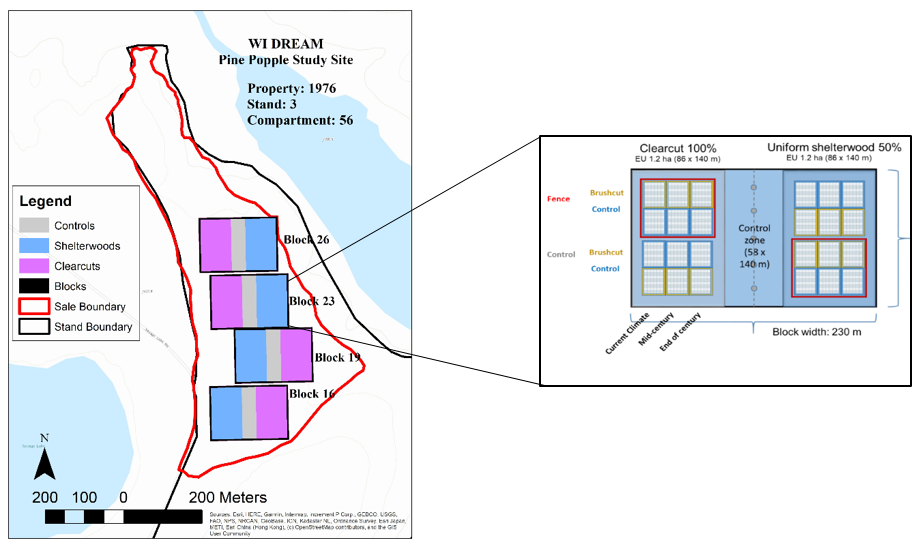 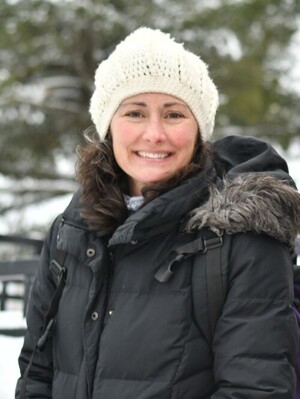 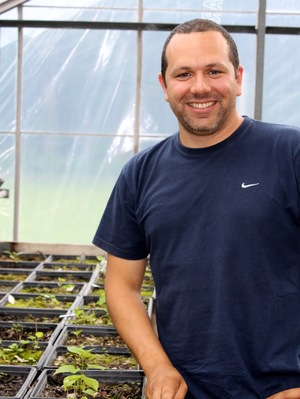 Royo, Alejandro A.
Back